CT's t-ball team played in their first tournament before our actual season even started. We played from Thursday night to Tuesday night. It was a lot of ball, but we also had a lot of fun! We ended up getting in the losers bracket halfway through the tournament. We had to fight our way back to get to the championship game. We had to beat the last team twice. We beat them pretty good in the first game. Then they came back to beat us in the second game, and to win the championship.
We are so proud of our Dynamiters!! They did an awesome job, got a medal, and most importantly a trip to the "session" stand. :) 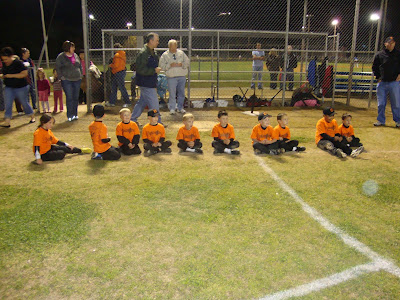 CT's team waiting on their medals. They thought this was pretty cool!! 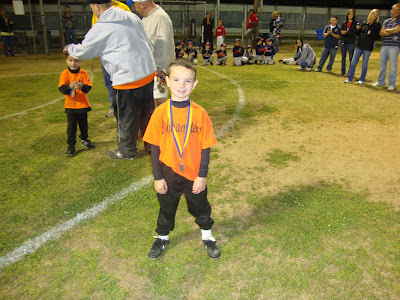 CT with his medal. 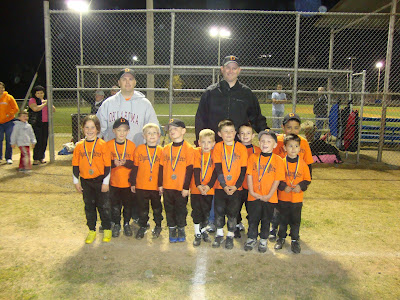 We have a GREAT team, a great set of parents, and an AWESOME set of coaches!! They want to win, but not at the expense of ruining it for the kids. They are so calm and patient with them. We appreciate you guys!!
Posted by Aimee at 9:53 AM