Happy Halloween!! We started our Trick or Treating on Thursday night, and continued through the weekend. :) 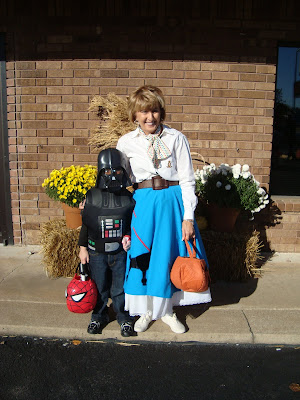 Darth Vadar aka CT and Nee Nee. A lot of the businesses in our community handed out candy on Friday afternoon. It was CRAZY!! There were people everywhere. We just went to where Nee Nee works, and hit a few other businesses of people we knew. 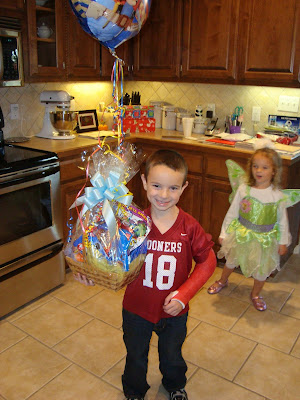 When we got home CT got his surprise from Mimi. She sent him a cookie basket since he broke his arm. :) He was nice enough to share with all of us. He thought this was pretty cool. He is playing the broken arm card quite well. Everything is, "But I broke my arm." It's not working as well as he would like. ha ha!
CT broke his arm jumping off the neighbor's trampoline. :) BOYS!! 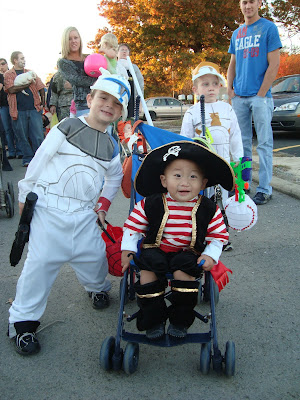 Brothers. These two were ready to get the candy party started. KG wasn't too into taking pictures. 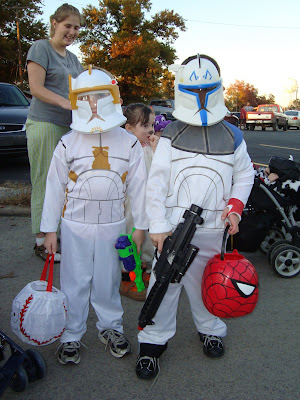 CT and one of his best buddies Stephen. Every time I took a picture of them, Stephen would ask me if I could email it to him. :) 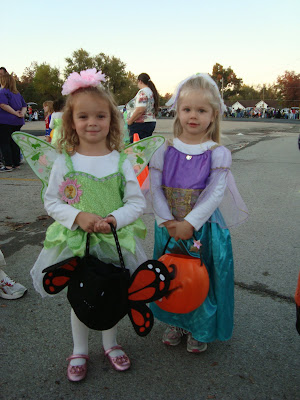 KG and her little friend Paige. I got her to take this picture by telling her she could eat 3 pieces of candy. :) 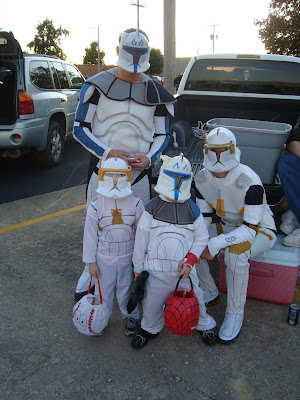 CT, Stephen, and two BIG Clone Troopers. The boys thought this was cool. 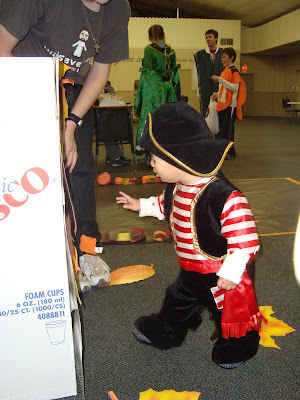 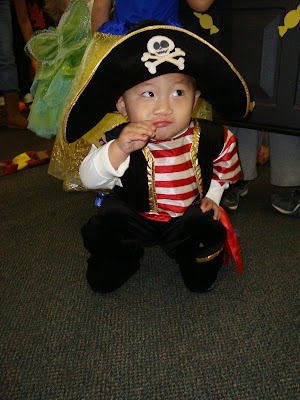 Argh Matey!! Hope you had a Happy Halloween!!
Posted by Aimee at 2:31 PM