Our third day at WDW took us to Disney's Hollywood Studios. There were tons of things to see there. We really liked this park. 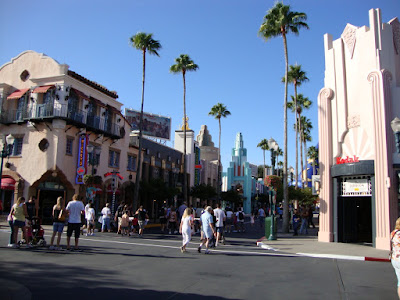 Entering into the park. 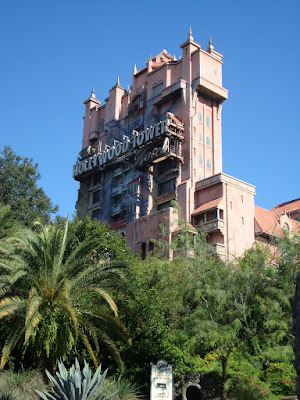 Tower of Terror. We took CT with us on this ride. Maybe not so smart. It was a little scary! It took you into an old haunted hotel. It had a twilight theme. Then it shot you up and dropped you really fast several times in the dark. It was fun for us, but frightened him a bit. He survived, but said he DID NOT want to ride that one again. :) Maybe when he's a little older. 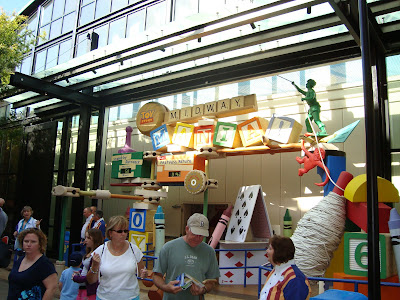 Next we went to Toy Story Mania. It was so cool. We rode this one twice. By far one of the best rides we rode. It was 3D and very interactive. You were shooting at things trying to get points while the ride moved. Of course the guys loved it b/c it was competitive. :) 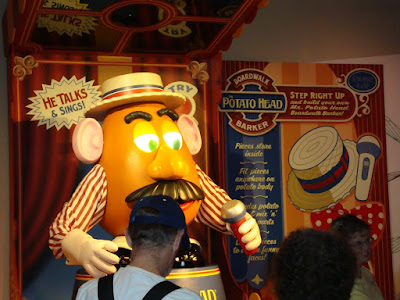 Mr. Potato Head kept us entertained while we waited in line. 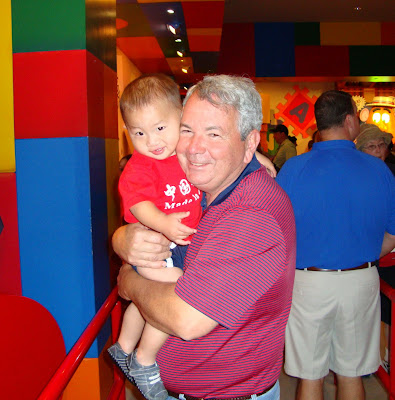 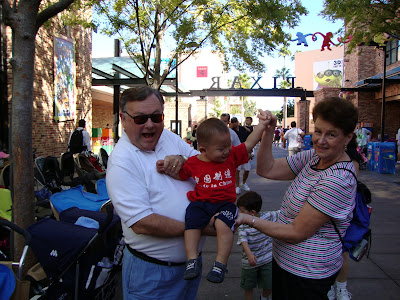 Papa, Deacon, and Nana. This kid wasn't spoiled at all this week. :) It was a great bonding time for everyone. 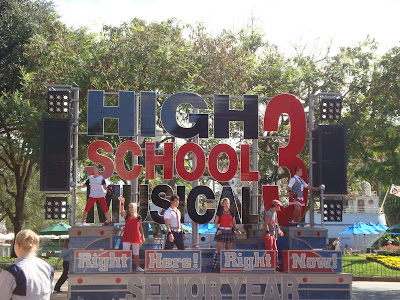 This was what KG wanted to see. High School Musical 3. They came out and did some singing and dancing. 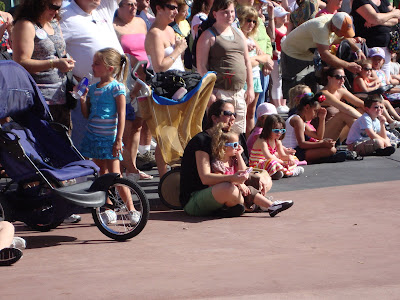 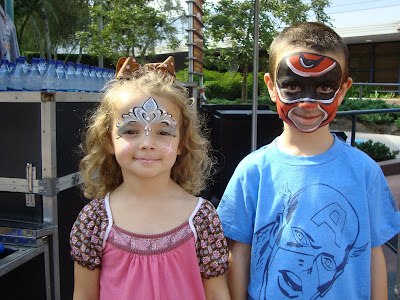 Daddy treated these two to one more face painting. This time we were a princess and a Power Ranger. 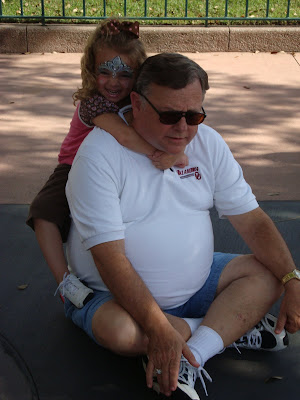 KG loving on Papa, or maybe she's hanging on him. 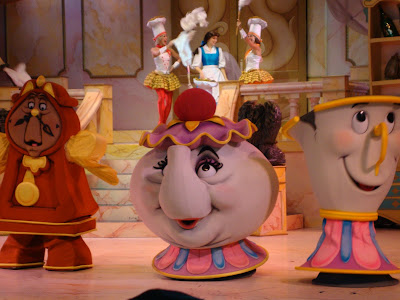 Watching Beauty and the Beast. 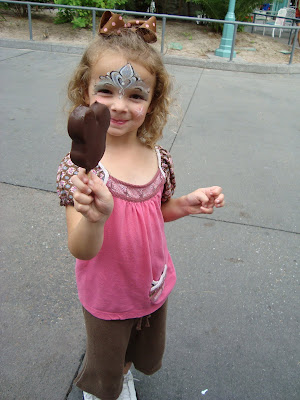 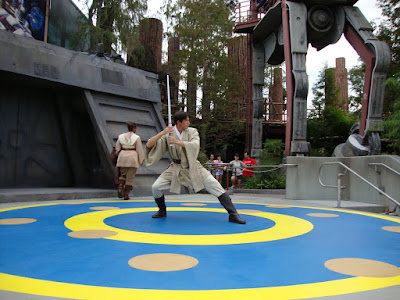 Watching Jedi Training. CT was too scared to go up there. Too bad he didn't. It was really cool. He did enjoy watching it. 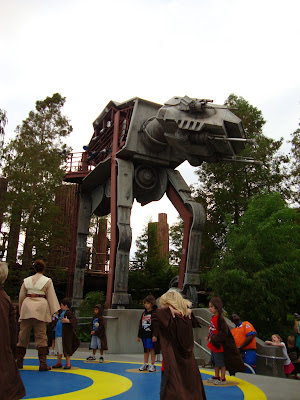 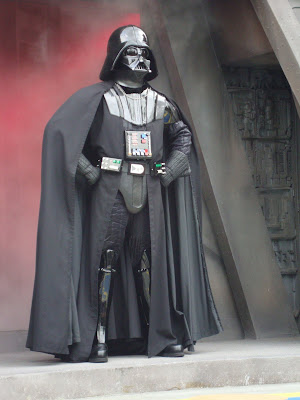 Once they learned all the moves, Darth Vadar came out. 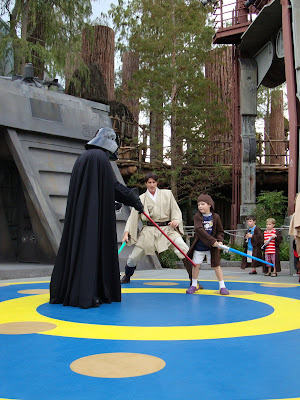 Then he fought each kid individually. It was so cool! CT memorized what you were supposed to do and performed it for us later. :) 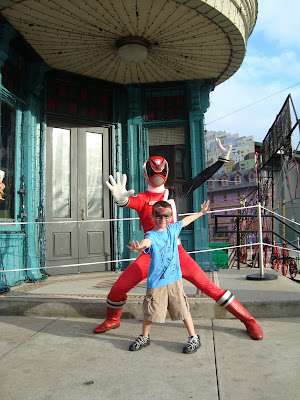 Hanging with the Red Power Ranger. 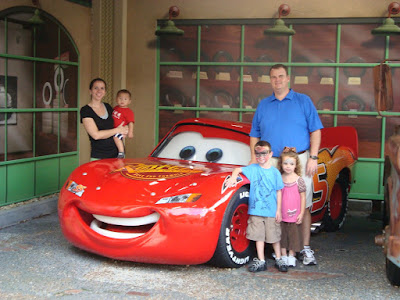 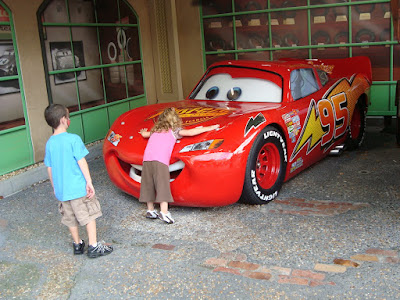 At this point KG was not into the characters, but she fell in love with Lightning. Here she is kissing and hugging him. :) After this she was willing to meet some others. 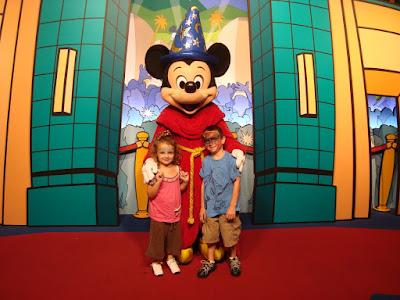 Meeting Mickey Mouse. We went right into this one building and there were characters everywhere. We hardly waited in line to meet any of them. It was a great place to go. 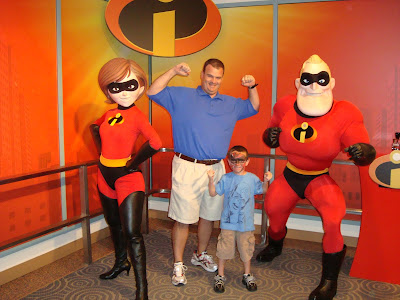 Daddy and CT showing off their muscles with the Incredibles. 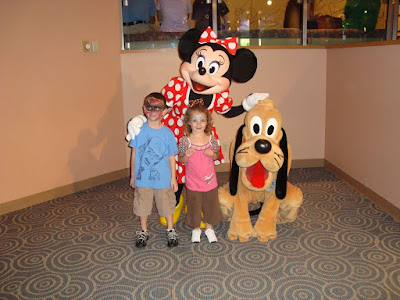 Minnie and Pluto.
Posted by Aimee at 7:09 PM